Femöre nature reserve has been a popular excursion for many years thanks to its dramatic nature and closeness to the sea. The reserve has several marked hiking trails which you can follow. During the summer months, the smooth rock beaches invite you to take a swim.

Femöre nature reserve has been a popular excursion for many years thanks to its dramatic nature and closeness to the sea. The reserve has several marked hiking trails which you can follow. The Sörmlandsleden hiking trail runs through the area and takes you out to and around Femörehuvud peninsula. Signs have been put up by the visible remains of Femöre Fortress. The Femöre Fortress association also offers guided tours through the fort’s exciting passages.

During the summer months, the lovely smooth rock beaches at Västra Femöre and Femörehuvud invite you to take a swim. If you would like to sleep over in the area, accommodation is available in the lighthouse keeper’s house or house next door. And those very same rocks may also tempt fish during the rest of the year. The nature reserve is the most southerly outpost in Sörmland’s beautiful archipelago and is a paradise for canoeists. Close by Femöre canal you can rent canoes or alternatively join a guided tour. From the lighthouse station you have stunning views over open water, and can see as far as Hävringe lighthouse station in the southeast.

When your stomach starts to rumble there are many inviting places to sit and enjoy your picnic. If you want to start a fire to grill your food, then there are prepared barbeque sites – food never tastes better than food carried with you yourself. There are cabins to rent at the fishing harbour as well as a pleasant restaurant with sea views, where you can have a meal and let the day’s many impressions sink in. There is a café by the former children’s colony. A gravel path from the handicapped parking at Södra Femöre leads down to the beautifully located barbeque site by the beach house with lovely views over the sea. There is also a handicapped toilet here. 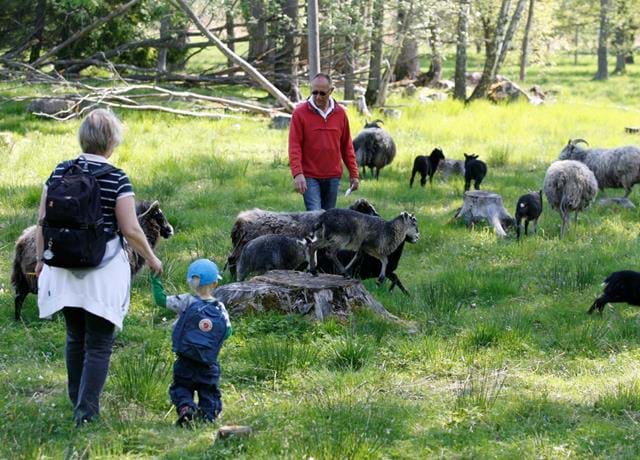 Femöre is an island with so much to offer. Here you can experience the sea right up close without having access to a ...

By car; drive road 53 towards Oxelösund. Follow signs towards Femöre.